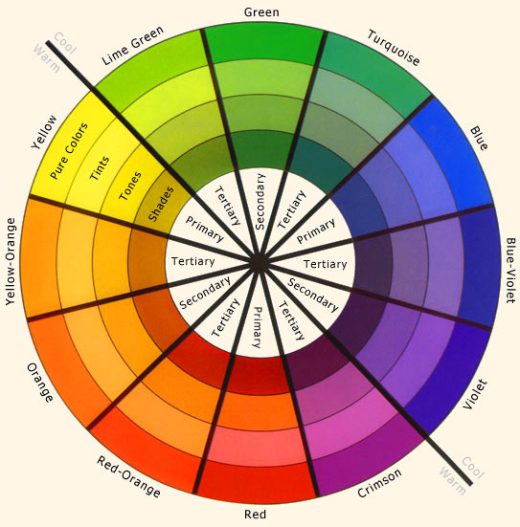 black and white are not colors.  it’s true.  ask an art instructor or student.  there are primary, secondary and tertiary colors, but not one of them is white or black. black is “characterized by the absence of light” and white is characterized as “free from color”.  the words, themselves are used in regards to race, moral standing and of course: color. those words are often used in conversation where the topic is referred to as either “black or white”.  while considering this concept i found myself continually saying “but white is white and black is black”.  actually it was more like the aggressive self mumbling of “right is right and wrong is wrong”.  yes! i dooooo understand that it’s all relative and there are many variables involved, but in the end is black not black and white not white?  isn’t the truth the truth?

black and white are one hundred percent.  black is one hundred percent “absent of light” and white is one hundred percent “free from color”.  but the truth and the lie… well, those are horses of a different color, pun intended.  the percentages contained within a truth or a lie can be hundreds, but tend not to be. i believe that it is the relativity and the variables that truly determine the percentage of truth or falsehood. you disagree? what about a “white lie” or a “half-truth”? are they right or are they wrong? how can you tell? and by how much? doesn’t that percentage DEPEND on something? i think they do. they do depend on something: relativity and morality. the relativity of any subject depends on the speaker and the listener. the teller and the receiver and their level of morality and whether the topic or subject is relative to them. what if you’re discussing something with someone who has never seen it, heard about it or experienced it? your version has been experienced and cited by you. what if one of the two is more compromised than the other? what if one person isn’t as moral as the other? the relativity of the truths then comes into play and each person is then scrutinized for what they feel or believe.

while black and white are not colors, i think these words should be descriptive of a truth or a lie. black and white represent absolutes. AB-SO-LUTES. there are so many things in the world that are debatable, but being truthful or being a liar shouldn’t be debatable. either you told the truth or you told a lie. you cannot have both. there should be no elective level of ambiguity allowed. either tell the truth or tell the lie but do it absolutely. 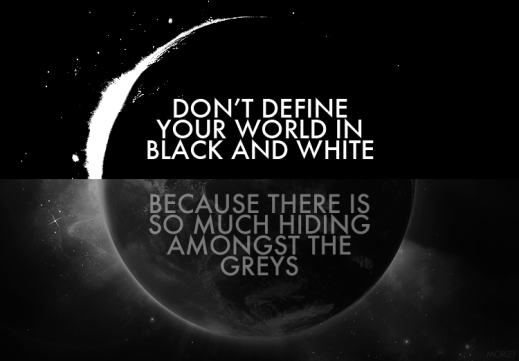 what a great image. referring to living life and not to divulging truths, but it's presence comes across just the same.

no? you disagree? why? let’s example, shall we?

if i work from 9 to 5 and expect to pick my son up from childcare by 5:30 but bend the truth and say i’m off at 5:30 and i will pick him up by 6, so that i have a few moments to myself, have i not LIED? yes! i have. i lied to my provider who is also  working. she is caring for my son and she wants time to herself as well. but what would happen if she found out that i lied? i’ll tell you! she’ll verbally warn me about such indiscretions, she’ll modify my “travel time” almost forcing me to leave work early and she will not tolerate tardiness or excuses. one more of those and we’re done. horrible outcome for a “bending the truth”, you agree? yes, i know you do.

let’s get closer to home: what about a “half truth” with family or loved ones? those are most surely the most hurtful. to tell a coworker you enjoyed her homemade carrot cake (which you can’t stand) is hardly the same as not being truthful with the people who love you and are the closest to you. if you ever find the need to tell the coworker that you don’t like her cake, chances are she’ll shrug it off without much concern. if you’re lucky. but if you tell your great-aunt that you love her carrot cake, you can almost guarantee that anytime you are near you will receive one of this beautifully hand crafted carroty delights: WHICH YOU CAN’T STAND. what will happen when you reveal the truth? what will happen when divulge that you LIED about enjoying the carrot cake, that you simply scraped it into the trash can, but since that day, all you have ever seen or received has been carrot cake. i’ll tell you!! she will be crushed. she will be heartbroken. she will recount the number of times that she went to buy special ingredients for that famed carrot cake, stayed up late preparing it and the number of times that she presented it to you with the pride of knowing that she had made you something that you liked and that she knew you would enjoy. and she will be crushed. she will be crushed recounting the times that she boxed up the leftovers thinking that you would enjoy them later but now realizing and knowing that you gave them away or dropped them in the trash. you wouldn’t dare, would you? yes. you would. you have and you did. and she will vow to NEVER make you a carrot cake again. the problem now is that she may not ever make you anything. she might feel so dejected and so DECEIVED that she removes her apron and flings her hands in the air surrendering and never, EVER, preheating the oven for you. again. surely, this is not what you meant to have happen…. but it IS what happened because the half of your truth was that you LIKE CAKE. not that you like CARROT CAKE. perhaps telling your great-aunt this fact would have served you better.

now, let’s venture for the jugular: where love is concerned, there is no room for lies. not with family, but particularly with loving relationships. the boyfriend/girlfriend, or the husband/wife or any variation thereof. finding out that you have been lied to by someone who you share your most intimates with is more than disheartening. it’s inflammatory and suspect. lying about any one thing, NO MATTER HOW TINY, is still lying and will prove detrimental to your relationship. uh huh, it’s true. no one ever, EVER, ever feels good about finding out the “truth”. especially where the complications of love are involved. if you love someone, you should love them enough to feel vulnerable and truthful with them, no matter how painful it might be to YOU right now. lies FESTER and grow. they start small and eventually morph into something that you can no longer control or remember. they are hurtful and selfish little things that serve only one purpose: to make YOU feel better about YOU. and that is sooooooooooo not the way to be. really, it’s not.

my theory is that if you life a selfish life, you will live a lonely life. you won’t have anyone to share with or confide in. at some point in time you will have pissed off everyone on some level and they will keep their interactions with you to a minimum. they will love you from afar for the person that you are, but they will be cautious about what they share with you, what they request of you and most importantly what they trust you with. you will never have the relationship that you need to live out your final days. and all over a “white lie” or a “half truth” or whateverthehell you wanna call it.

yes, darlings, do yourself a favor, live your life, your way, but do it with tact. have some discretion and providence. make your life one to remember, not one to regret. be your own person. care for yourself and your family. live life to it’s fullest as often as possible, for as long as possible. never be afraid to speak your mind (you don’t have to be rude about it, but you can be to the point). but the most important thing you can do is be honest. BE HONEST. be honest about your likes and dislikes. be honest about your feelings and emotions. be honest with your significant other, your better half, your spouse, your mate and your children. be honest with yourself. your life, your reputation and your happiness depends on it.

11 thoughts on “in a world lost in a sea of grey, black and white remain”